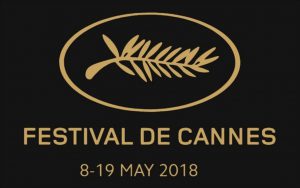 “Films by famous filmmakers taking part in the competition section were a bit disappointing, but those by younger directors at the side sections were of higher quality.”

He also explained that, “Taking part in this festival is becoming too expensive, and not many are able to afford it; and those who took part were forced to stay for fewer days. For this reason, fewer people see the productions and consequently the market was less visited.”

“There is a phenomenon called festival tourism. Many travel to the Cannes each year only to visit the general atmosphere of the city during the festival. This is quite positive for the organizers but it is not a good point for the festival itself,” he continued.

He went on to say that Iran’s participation in the film market requires a revision, stating, “The Farabi Cinematic Foundation has been attending the film market for the past 18 years. It is not enough to participate and to introduce movies; we need to learn many things and achieve more.”

Atebbaii also complained that there were only three films from Iran’s private sectors and the experts and private investors were not present at the market, while the rest were public sector foundations such as the Farabi, Sima Film, the Institute for Intellectual Development of Children and Young Adults (IIDCYA), Tehran’s Art Bureau, and the Experimental and Documentary Film Center (EDFC).

Atebbaii also believes that advertisement is necessary for a film, and film distribution requires different things which are not taken into consideration.

“We go to the Cannes to sell our products and find the opportunity to make joint productions, but this never happens. Actually Iran’s participation in the Cannes is a big joke, our dreams will come true only when a big change takes place,” he added.

Atebbaii further added that Iran’s only entry to the Cannes Festival, “Tehran’s Song of Loneliness” by Saman Salur, was positively received by two good critics of the festival, but there was not much advertisement, despite all the efforts the distributor made.

With reference to the joint production of Bosnia and Herzegovina, Germany, France, and Iran, “Snow”, which won the Cannes Critics’ Week Grand Prix, he said, “I wonder how much this film is an Iranian product. The crew come from foreign countries, with no help from Iranian cineastes. What was the achievement of this movie for us?”

“The movie won an award, but there was no mention of Iran and nobody knew it was an Iranian production,” he concluded.

Sorry. No data so far.